Opal Canyon is one of those rare bands that have the ability to transport their listeners to a place where serenity and serendipity exist in tandem, and emotion is expressed openly and abundantly. They evoke gilded landscapes, bringing to mind the aura and expression of Laurel Canyon, Monterey and other evocative environs known for inspiring soothing sentiments shared with both passion and purpose. They’re sophisticated soundscapes that offer a respite from the perils of the modern world, finding hope in distant horizons, with sounds and notions that veer from longing and regret, to satisfaction and celebration, while allowing optimism to illuminate the path forward.

Only artists that aim for that authenticity can express those sentiments in ways that allow others to feel safe and secure in their embrace. Happily then, with their sophomore album, Tomorrow to the Sea, Opal Canyon — helmed by the husband and wife team of singer and songwriter Debra DeMuth and singer, guitarist and songwriter Dave Houghton — plough the depths of dreams and desires, and in so doing, create a connection that can be shared through its own radiance and resolve. +

The follow-up to their enticing debut, the aptly dubbed Beauty and Loss, the April 8 release of Tomorrow to the Sea will be preceded by a series of singles.

The first, due January 21, is the lofty and lilting “Come Ashore,” a song of hope and endurance borne from struggle and strife. It shares a sense of eternal optimism for those that choose to embrace it. That’s evident in its uplifting lyric: “Hope lives out on the ocean, sometimes it comes to shore. Like the spotlight on the singer, and a lover through the door. Let me be the light, let me be the oar. Let me be the calm in the storm. Be the light.” It’s a warm cloak. Comforting, bespoke.

Next up, “Worried Bird,” will follow February 25. “It takes the worries of the day and shares them with the call of the birds,” Debra explains. “It celebrates the bravery of speaking your truth. Before I wrote it, I had been up much of the night with my ‘worried mom mind’ mulling over the state of our country, the right to be who you are, the right to speak your truth and the promise that we can leave our children a better, safer place. Listening to Dave play, I stared at the birds and shared my thoughts in a song. Giving voice to our worries and our truth can free us.” With a chorus that urges its listeners to “Say what you need and be freed,” it carries echos of the quintessential Southern California sound circa the late ‘60s and early ‘70s when bands/artists such as The Eagles, Crosby, Stills, and Nash, The Byrds, Joni Mitchell and the Mamas & the Papas exuded the shared innocence of a time when freedom and fulfillment were always within reach.

“The Invisible,” the third single and the journey’s opening track, is due in March. With the soft and supple delicacy of its delivery, it provides a catharsis of sorts, one that binds regret and remorse with the fervent desire to mend the tattered feelings of others. In so doing, it expresses the necessity to validate another person’s need to be noticed and nurtured the way they deserve. When Debra sings, “If I’d only known, if I’d only seen, I would have rescued you,” it becomes a mantra of sorts for all those who have felt marginalized during these last years of distance and divide.

Beginning with the scintillating Buckingham-Nicks interplay of “Last Hurrah,” the celebratory nature of embracing a path forward spreads its wings over the big blue sea. “Moon Song Swing,” with its funky CCR soft rock rhythm and Tijuana Brass accent, makes the heart crackle and sing. “Cool Adventure,” with its intoxicating syncopated percussion and swirling Shaman-like harmony vocals, the communal singalong of the catchy and contagious “Tomorrow to the Sea (Big Hugs)” and the psychedelic twang of “Palm Trees” show a canyon that’s wide open while a sizzling cover of R.E.M.’s “(Don’t Go Back to) Rockville” highlights the band’s skill in the role of able interpreters.

Notably, Opal Canyon sought out producer Jon Evans to oversee the new album. Evans was recommended to DeMuth by mentor Tanya Donelly, of Belly and Throwing Muses fame. Evans’ resume includes work behind the board with Tori Amos, Sarah Mc Lachlan and Ben Folds, to name but a few. “We wanted to create a combination of space in the recording and have the up tempo songs feel like fun,” Evans explains. “We wanted the ballads to be as wide open as possible…like you're looking across the sea.”

Naturally, Dave and Debra didn’t arrive at this juncture without several years spent honing their talents and creating a combination that allows each of them to shine. The two met in 2012 when Dave was playing with the band Fancy Trash, a country rock outfit that was well respected in its native Massachusetts. With three albums under its collective belt, the band naturally garnered the praises of the local pundits.

“When Houghton begins to play, he changes the very atoms in the room.” Ken Mauri of the Hampshire Gazette declared. Sean Glennon of The Boston Globe concurred, stating “With its semi-countrified, punk-influenced music that recalls Neil Young, Clem Snide, the Flaming Lips, and an assortment of ’90s alternarock bands (from Nirvana to early Radiohead), the group doesn’t simply pull off acoustic trio rock, it makes it seem natural. The band’s live sets drip with energy. Its songs turn on delicate guitar picking and furious strumming by turns.”

Those critical kudos were no accident. Dave had been performing professionally since his late teens, opening for the likes of Smashing Pumpkins, Violent Femmes, Cheap Trick and Neil Young. It followed that his first band, The Reejers, brought him his first taste of singular success.

Debra, in the meantime, was a single mom with a career in advertising when she moved to Northampton Massachusetts in 2002. It was there that she was diagnosed with cancer while pregnant with her third child. She joined a support group for women undergoing trauma called “Songbird Sings,” a non-profit organization founded by the renowned musician Robin Lane to healing trauma survivors through music and connection. Among its many supporters is Eddie Vedder and the Vitalogy Foundation. It was here she first connected with Donelly.

"Writing about my own experiences and giving it voice through song set me on a path of healing and expression that I had never experienced,” Debra recalls. “It set me on this journey of writing, not just for my own healing, but with a hope for healing others."

It was Lane who convinced Debra to take her talents a step further and urged her to start singing. In 2012, Lane took Debra to a Fancy Trash show, and it was there that she met Dave.

Taking the affirmation she gained from her involvement with Songbird Sings, Debra took tentative steps towards exploring her own talents, even to the extent that she’d informally sit in with Fancy Trash at an occasional gig. Then, in 2015, the duo began performing together as a band called And the Neighbors, before changing their name to Opal Canyon.

The release of Beauty and Loss followed in 2019, and along the way, they gathered an all-star group of colleagues and collaborators, including Ray Mason, of the Lonesome Brothers and The Ray Mason Band, on bass, drummer/percussionist Jason Smith, an accredited session musician who has worked with Chris Smither and Erin McKeown, and Bob Hennessy, formerly of Treefort and Ware River Club, on electric guitar, mandolin, piano and organ.

In concert, the DeMuth-Houghton chemistry is palpable. Sharing shows with Los Lobos, Donna the Buffalo and Rhett Miller, it’s little wonder then that Opal Canyon has received rave reviews of its own. "DeMuth has a sweet country folk vibe that nicely contrasts with Houghton’s edgier punk background. Together, they combine their voices and varying musical influences to create a one-of-a-kind Americana sound,” Sheryl Hunter wrote in The Recorder.”

“DeMuth is an honest, intelligent writer who is not afraid to wear her heart on her sleeve as she draws deeply from her own experiences,” the editor of The Cornbread Cafe added.

With Tomorrow to the Sea, Opal Canyon finds itself on the cusp of further recognition by giving voice to the earnest expression that’s especially needed in these times of turmoil and tenacity.

All the more reason why Opal Canyon represents a safe harbor where all are welcome.

“Opal Canyon disarms you with a breezy Americana sound and soulful harmonies...there is a story we all want to tell.”
- Nick Urata, Devotchka

“Heartful and true songs, beautifully played and sung. Debra's voice is gorgeous, and the harmonies are killer!"
- Tanya Donelly, Belly and Throwing Muses

Our Latest Singles & Videos, "The Invisible" "Come Ashore" and "Worried Bird" From Our "Tomorrow to the Sea" Album 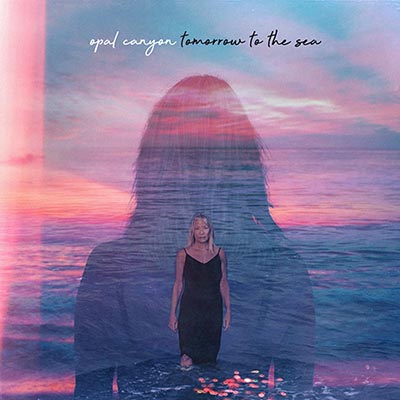 Come Join Us During the Following Tour Dates 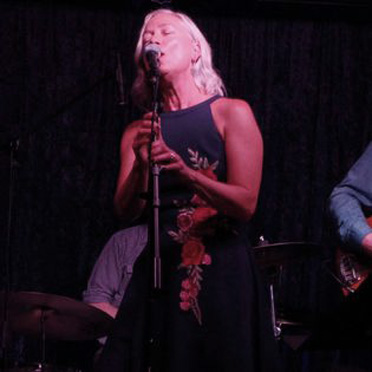 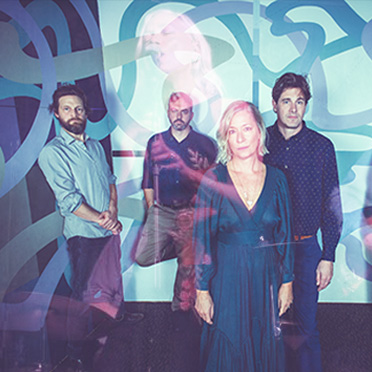 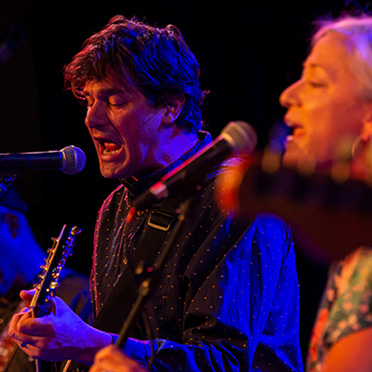 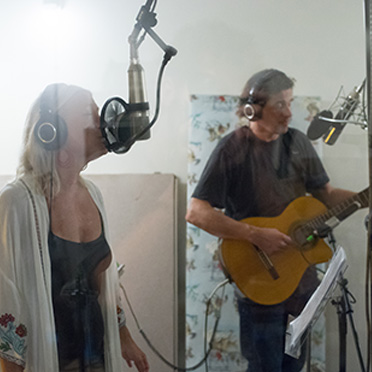